Here are the summaries of Businesses Impact during COVID-19 Pandemic

The tourism industry the world over will be crippled, and you have to remember that this industry has long arms. People affected might work in a restaurant, or work for an airline, or book tours.

The jobs in this industry are so numerous we can’t mention them all, but it’s not a stretch to say that a good part of the planet’s population is getting paid by tourism in one way or another.

As for the U.S., it’s too early to say just how badly the tourism economy will be affected, but the country is very popular with foreign tourists also affected during this COVID-19 Pandemic.

During a pandemic there are travel restrictions, and that means airlines see losses. But transportation in general struggles when there are restrictions on where you can travel and people are staying at home in self-quarantine.

We can tell you for sure that the global airline industry will lose billions and billions during a pandemic. You might see a 10 percent drop in passenger sat the start, but when it gets a bit worse, a 20 percent drop…It all depends on the severity of the crisis.

Do you know how many people worldwide work directly or indirectly for the airline industry? The answer is about 65 million.

The stats aren’t easy to find as to how many people work in the more general tourism industry, but it’s thought to be about 300 million people. And the number is probably way more than that when you factor in all of those who work indirectly in the industry.

The reason it’s hard to get an exact numbers because tourists spend in many ways, but we know for sure, it’s one of the biggest sectors of the economy and during a global pandemic boxing match, it gets knocked downing the first round.

So, you have tourism and transportation that are really badly hit, but then when people are not going out, the service industry is also badly affected.

Some people in this industry might actually do okay during a pandemic since a lot of people are staying home and using services there, but if you rely on people coming to you, that could be a problem.

Owning a restaurant during a pandemic isn’t a good thing, even though takeout and online orders might take some of the weight off. Not a great time to be in the food services industry.

On the other hand, if you’re in the business of selling toilet paper or face masks, you might make a killing, but if you own a string or nightclubs or casinos, work in one of these places or drive people to those places, you ‘re in trouble.

The entertainment industry has been hit hard too. Many films and TV shows will have to stop production to try and limit the amount of people working closely together. The TV and film industry will be devastated during a pandemic.

As you might be aware, musicians these days make most of their money from concerts since selling albums isn’t like it was in the old days. Those concerts employ a lot of other people, too. You also have festivals, where thousands upon thousands of people squeeze together to watch their favorite bands.

Well, you can’t have that during pandemic, so massive festivals such as Coachella or Glastonbury will have to cancel during a pandemic.

Another multibillion dollar industry gone. There’s the sports industry, and when games are not being played that are usually watched in stadiums or being live-streamed, certain segments of that industry will be losing millions and millions. Even if you play the games but lose the crowds, the ticket revenue loss will be huge.

Ok, so a lot of people in the U.S. like Togo and see NBA games or NFL games, but can you even imagine how many people watch soccer week in, week out, over the entire globe. It’s estimated that worldwide there are3.5 billion soccer fans, of course that’s football to non-Americans.

We can’t go through every sport in every country, but we can tell you that the global sports industry is estimated to total over$600 billion.

From sports we can segue to fitness. All over the world gyms will close, and the fitness industry is one that has been growing globally over the last few years. Gyms will lose many many millions during a prolonged pandemic. Gyms and Health Fitness classes are a $94 billion dollar industry in the U.S. alone, so as those places have closed their doors, you can only imagine the losses.

The automobile industry employs millions worldwide, and it will have to start shutting its doors and in some cases laying people off. This will happen, we know that for sure.

What about those people who make your clothes? Those in the garments industry? Well, those factories where they work will be closed and those workers in some cases will lose their jobs. Entire brands could go out of business.

Big tech businesses that earn the mega-money will likely not go out of business, but during a pandemic a lot of their factories where devices are made will have to shut down.

Companies in the business of making smart phones, games consoles, laptops, etc, will lose a lot of money. In places like China, where a lot of that tech is made, there will be huge lay-offs. As for big techs’ office staff, they will likely just be told to work from home, so while they should be ok, the companies themselves will not be as productive and will lose money.

Smaller tech companies and start ups might suffer more, but thankfully so much tech work can be done remotely. That’s certainly not the case with the construction industry. This will slow down, not only because of the risk of people spreading the virus on construction sites, but because supply chains will be halted.

Another industry that you probably haven’t thought much about is the theme park industry, you know, those places where you stand in long lines next to hundreds of other people.

Those places will have to close. We estimate that one of the biggest theme park operators, the one called Disney, will lose around 500 million bucks a week, having business impact during a COVID-19 pandemic.

We should state at the end that it all depend show bad the pandemic gets as to how these industries and the affected people will recover.

Also Read: How to get Victory Against COVID-19? 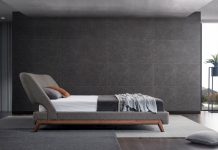 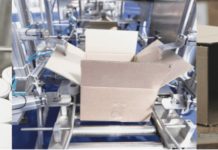 Top Tips For Choosing Packaging From A Custom Packaging Supplier 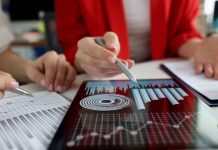 Taking Your Business to the Next Level

How to Start a Web-Hosting Business?